Randy Pitts Graduated with a Bachelor of Fine Arts degree from the University of South Florida in 1982 with a concentration in drawing and printmaking. Having a career in the commercial arts, it wasn’t until 2001 that Randy began painting.

Since 2001, Randy has become devoted to painting the landscape on location and the challenges of capturing the light, form and shape it provides. He has continued his education by attending numerous workshops, including Scott Christensen’s intensive ten-day workshop in 2008. Currently, Randy exhibits in many local and regional shows. He is represented in Jacksonville by Corse Gallery & Atelier.

He has earned several first place awards in the Jacksonville Coalition for the Visual Arts juried exhibitions and has also earned an Award of Excellence in the 2012 Art of the Trees juried exhibition of which 70 artists from the region participated. His artwork was also chosen by “Southwest Art” Magazine to promote the Art of the Trees in their “Beyond the West” section highlighting upcoming events. His artwork has also been featured on the cover and inside “Arbus” magazine, Jacksonville’s local Arts publication. 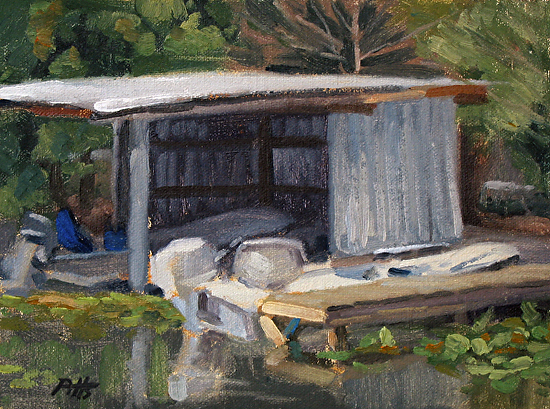